Pakistan Science Foundation (P.S.F) has announced scholarships for students who have completed their Matric in 2018. Government of Pakistan has announced the scholarship of Rs.10,000/- per month which will be awarded to deserving and intelligent students of Matric class. The scholarship will be given through Pakistan Science Foundation (P.S.F). The interested candidates in the scholarship are strongly recommended to apply online at National Testing System (NTS). A test consisting on objective type will be conducted by the NTS to select the intelligence and deserving candidates. Application forms can be downloaded from the official website of NTS. Downloaded form along with requisite documents should be submitted to NTS Headquarter, the Islamabad through courier.

The Pakistan Science Foundation commonly known as PSF is federal government institutions was established to promote and fund the students getting science education across the country. It is being supervised by the Ministry of Science and Technology of Government of Pakistan. It is also operated and administrated by Pakistan Museum of National History. The department has done splendidly since its creation. The department has been succeeded to promote education in the country.

There are a lot of students that don’t have the source to study further after matriculation. This is great opportunity for Matric students. This is the reason that most of the people in Pakistan are equivalent to Matric or under Matric because they don’t have the financial support but now the Govt. of Pakistan is annoying to provide a support to those candidate to provide them a platform of these scholarships. It is a great step by the Government, in this way they can help the poor students in their study. There are also many other schemes by which Government help poor in their study.

Pakistan Science Foundation (P.S.F) is awarded scholarship and other benefits to deserving students to continue their education. Thousands of students are getting higher education due to scholarship is being given by the Pakistan Science Foundation (P.S.F). This scholarship is available for every student of Matric class. However, the test will be taken conducted by NTS. Only intelligent candidates will be selected after test. The eligibility criteria are given as under:-

Terms and conditions of scholarships are mentioned on the official website of Pakistan Science Foundation. The last date for submission of admissions form has been declared as 30th July 2018. The admission form can be downloaded from the official website of the National Testing System (NTS). The filled scholarship should be submitted to the office of National Testing System located at Plot # 96, Street # 4, H-8/1, Islamabad.

The candidates should be capable to fulfill the requirements of scholarship. You must remember to read the following eligibility criteria before applying:- 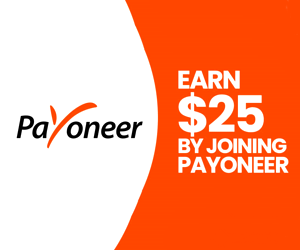